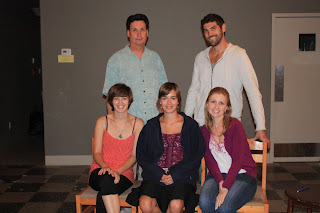 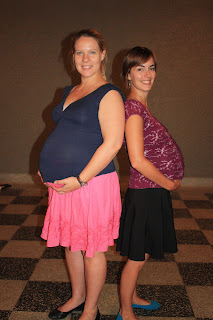 ﻿
This play is not for the faint of heart or the easily offended.
Goodnight Children Everywhere takes the audience into the home of Anne, Vi and Betty (3 sisters) and Anne's husband Mike in Clapham, South London England during the Spring of 1945.﻿ These four have been living together in this small flat for some time and have become accustomed to the way of life in such small quarters.

The play starts on the day these three sisters are reunited with their brother Peter who was sent away during the Operation Pied Piper Evacuation to live in Alberta, Canada in World War II. Peter is now returning to England to live, once again, with his three sisters.

How does a family put back all the pieces? What do the words "Mother" and "Father" mean to children who were robbed of a propper childhood? How do siblings cope with the loss of both parents in war? How does one differenciate between "right" and "wrong" when so much of what has happend to them has been wrong? What happens between a brother and sister who were parted when they were children and reunited as young adults?

Each of these characters have a back story that is (by far) abonormal and challenging by today's standards.

Mike, Anne's husband, met her through her sister Betty. Betty worked with Mike and had a crush on him. She brought him home to meet her sisters. So how did Anne end up being his wife and pregnant with his child? How does Anne cope with the ongoing flirtations between Mike and Betty?

Betty is a nurse. She is strong and responsible. She would make the perfect wife. She cooks, she cleans - so why did Mike choose Anne over Betty? Why does Betty fall for someone...like Hugh?

Hugh works with Mike at the surgery. He's loud, obnxious and like his whiskey. He sings too loudly, talks too loud and never seems to say the right thing. Are these the reasons why his wife left him for someone else or is there more to Hugh than meets the ear?

Rose is Hugh's daughter. She's pretty and obedient and "loves to go to the pictures". She is polite and always seems to say the right thing. She's realistic and has a plan for life. Peter would be crazy to pass her up - or would he be?

Peter is Anne, Betty & Vi's little brother. He has been separated from his sisters for years and is finally being reunited with them. All this time he's spent living in Canada. His accent has changed, his clothes have changed and...his body has changed. He's not the little boy he was when he left.

Vi is Anne & Betty's sister. She's young, fun and an actor. She could be considered the light in this family's darkness. What ends is she willing to go to in order to make a better life for herself? What past experiences has made her able to push through so many obstacles? What will it take to push her over the edge?

Anne, Vi & Betty's sister is, amongst other things, five-six months pregnant. She's tired, exhausted and never in the mood to 'go out'. You would think such a happy occassion as being reunited with her little brother would make her happy and jump for joy and yet, she remains quiet and still. It appears Anne is shy or afraid of saying the wrong thing. Maybe she's afraid of her husband or maybe it's just hormones. Then again, perhaps it's something deeper, that words cannot begin to describe.

"Goodnight Children Everywhere" promises to challenge it's audience. It is the kind of play London, Ontario has not seen for a long time. This is NOT a play for children and patrons should be warned of the mature subject matter and shocking moral content.

May this production be a reminder of a time passed that we (thankfully) do not live in or have to endure on a daily basis. May it be a tribute to all the lives affected by war in the past, present or future.