2 Whole Hours of Fightin', and Bitin', and Pushin' and Head-Buttin'...

...and not a single lad, lass or pirate were harmed.

Surprise! Tis I, Jemmy Rathbone, 'ere again to inform all ye puss oozing, theivin' mongrels just what 'appened at this evenin's rehearsal.
The evenin' started with a good...start. The sun twas shinin' and no rain was fallin' down on us (like it has every other night for the past 2 weeks!). Everythin' was "peachy" aboard the Hispaniola and all the nasty filth known as pirates aboard were all but mindin' their own business, that is, until the sword-shieldin' boatswain who answers to the name of "Brock", did take the evenin's activities into his own hands.
It twere every man for himself then.
Afore I knows what's happend, the entire crew has turned their backs against me, ME I say! They approached me swift as hungry felines comin' in for the kill. They were all shieldin' knives in their mouths and holdin' pistols in their hands - pointed in MY direction! I didn't know what I was supposed to do OR what I did to make all me best mates turn against me in a mere moment with enough hate to sink a whole fleet.
I have the queerest feelin' that I've been set-up! But by who?...I think the univarse is tellin' me that I ain't to be findin' out just what has got these powder monkies' knickers in knots until opening night: February 3, 2012 at the Palace Theatre.
Be there to support yer fellow mate, me Jemmy Rathbone, and the rest o' them scurvey dogs upon the great spanish ship - the Hispaniola!
Posted by Unknown at 19:35 0 comments

ACTORS WANTED for "the Twiddle Plays"

~Maybles' Productions~
the same company that brought you "the LOVE LIST" by Norm Foster in 2010 which won the "Best Comedy of the Year" Award at the Brickendens
is holding auditions for:
Miss. Twiddle and the Devil
and
Miss. Twiddle Meets an Angel
by Maurice Hill 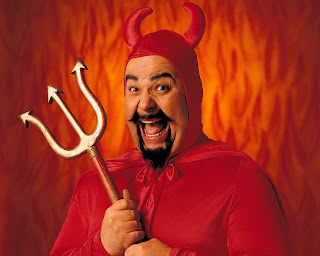 "2 one-act comedies about a woman so evil that the Devil himself tries to save her soul...so he can avoid spending an eternity with her in Hell."

**NOTE**
This is a family-friendly comedy and is not meant to be taken as a religious display or tool in any manner. This production is purely meant to be a source of entertainment for all and should be taken as such.

Maybles' Productions is a theatre company founded in 2010 which produces comedies - TRUE comedies.
Frankly, we think ife is too short for Tragedies.
We bring productions to life through quality acting and hard work. We focus on character development, back story, connections between characters and creating lifelong relationships between our actors.
Our goal is to take the stresses of everyday life and turn them into giggles. Let us take you on a journey to a happy place!

-Actors are asked to come willing to play with the script, the words, the characters and each other...as actors :)

-Actors are asked to bring a headshot but do not require to bring a resume. Actors will fill-out a brief information sheet upon arriving to the auditions.

-Actors are welcome to attend more than one audition if they choose.

-Actors will participate in group work and cold reads of the scripts. They will not be required to prepare a monologue.


We will be auditioning for the following roles:

[*Please Note*
the celebrities I have referenced are purely for
entertainment purposes only and are not to be taken too seriously.]

7. Letitia Marchbanks (the drunk)
age: 35+
she's a "happy drunk"
drinking is due to some deep, previous loss in her past
absent-minded
forgetful
ie. Feebie from FRIENDS

8. Aloysius Humperdinck (always asleep)
age: 40+
could have been a member of the mafia in his early years
snorts, snores and makes strange noises in his sleep
lazy and only wakes up when food is mentioned
"don't care" attitude
ie. Steven Seagal

9. Leona Plum (sweet old lady)
age: 55+
always smiling
still has "pep in her step"
looks like she'd have 50 cats if she lived alone
old & gray on the outside but bursting with energy on the inside!
ie. Mrs. Doubtfire

10. Abraham Dooley (a charming gentleman)
age: 55+
*this character has the most wiggle room and can be custom-built by the actor portraying him*
he has eyes for Plum but it's a subtle romance.
ie. Richard Dreyfus...with a HAT!

Stage Fightin' - It's a Shrew'd Business 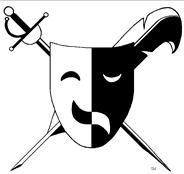 Arr maties! Tis I again, Jemmy Rathbone, here to tell ye all 'bout the happenins and goin ons at the Palace Theatre jurin last night's combat workshop.  Never before did mine eyes see such a sight as they did lay 'pon last eve.

I was surrounded by nasty, dirty, snarlin' pirates both men and women alike-fallin' to the cold, dirty and dusty floor beneath them like maggots.  To any onlooker that should'st peak there noses into Procunier Hall last evenin', would have discovered a sight which would have appeared to look like an epic swordfight and perhaps, at times, a mass suicide. Bodies fallin' to the ground in every which way direction, swords were drawn and shots were fired!  It were a magical sight seein so many bodies sprawled all over the place like feta cheese on a nice Greek salad. What...pirates go on diets too ya know!

I did get meeself acquainted with the fair and lovely Reverend's Wife and Ms. Hawkins - though I fancy mine women to'have a few teeth missin' meeself.  I also did have such luck as to fight a few of the greatest pirates who e're did walk the face of this earth!: Cap'n Flint, Black Dog, Calico Jack, George Merry, Israel Hands and Long John Silver hi'self!

The fella in charge of last eve's fightin' and brawlin' and the man entirely responsible for all the sword sheildin', punch throwin', face slappin' and guns a blazin' was the mighty Brock Brockenshire! If ye want to learn how to fight like a REAL man, give him a call or check out his website & company called Shrew'd Business. If he can't put yer men in place, no one e're shall.

The next set date for pirate meetin' at the Palace be this Sunday - stay tuned!

"There was a young lad on the sea - THE SEA!" by th'name Jim Hawkins 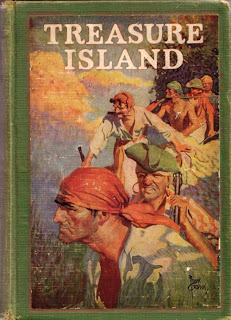 Tis I again, Jemmy Rathbone 'ere to inform you swashbucklers of the night passed...
A cold brisk eve it twere last night at the Palace where o' such sea filth did meet.
Read'ist we we did from the script "Treasure Island by the infamous scoundrel himself, Ken Ludwig.
We did'ist encounter the wick'd Black Dog who came'st all the way a long journey from Spain 'cross the sea.
Actually a close friend o' me own.
Both the wretch'd Squire Trelawney and the smooth-talkin' Doctor Livesey were present and the words which came'st from their mouths did sound so heavenly that I wanted to strangle 'em both silly with their own tongues.
The cleverest George Merry did'st get under the fingernails of the cap'n momentarily but once he was promised a spot 'mongst Silver's most prized collection o' heads -  he did'st shut his trap.
We also come 'cross a strange, stringy man with a beard o' white as snow and he did'st make the strangest requests o' the young Jim Hawkins...
The Captain Flint, mine hero and role model, doth inform me that we are soon to be in the possession of a treasure more brilliant than that e're imagined by man.
Next week, the common heresay 'round these parts be on Thursday - we be trainin' o' the ways o' the pistols and swords. Once complete, we shall'st be prepared to face any man or beast, armed to the teeth and ready to fight on rockin' boats, rope ladders, taverns and even in the middle o' a jungle riddled with snakes and the Lord knows what else.
Ne'er a man shall get in mine way of that glorious treasure awaitin' me and me mates 'pon Treasure Island!
Posted by Unknown at 09:22 0 comments