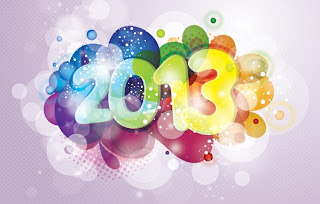 What a magical and eventful year for theatre and life!
I can't wait to see what the New Year has in store.

In 2013
I had the honour to play the role of Anne in "Goodnight Children Everywhere"
I was blessed with a friendly and talented cast in "the TWIDDLE PLAYS"
I began volunteering at the local art gallery "the Arts Project"
I started my own business
I began working with a friend on a top secret theatre project for kids
I was accepted as 1 of 7 members of the new GAB program at the Grand Theatre
I began volunteering and now sit on the board for "Artistically Speaking Out Against Bullying"
I've made some wonderful new friends through the Source, Theatre and Arbonne
I attended my cousin's wedding
I am directing for the Palace for the first time ("Swing Dance" - Feb 2013)
I've continued working as an actor for Murder for Hire Murder Mysteries
I was the maid of honour at my mum's wedding
I reconnected with a penpal in the UK from my childhood
I have planned the next Maybles' Poductions ("Six Funny Ladies" - May 2013)
Darren and I got a dog together
and I'm sure there's many more excited things I'm forgetting.

I thought I would share with you why I do theatre and why I think it is an important part of life...

I have been involved with independent theatre across Southern Ontario and India for almost 15 years now. My discipline of theatre would be Comedy as a Director and Comedy/Drama as an actor.

I founded my own theatre company in 2009 called "Maybles' Productions, Because Funny Feels Good" because I saw there was a gap in the local theatre community - Comedy.
It wasn't just Comedies that this city was lacking but also a theatre company which truly worked together, was 'drama'-free and helped each participant to learn as much as they can and give the best performance they can. I have always been a believer in "two heads are better than one" and this is true for theatre as well.

Theatre has been an outlet for people to grow, learn and build on skills that can flow into areas of daily life. Through theatre, I have seen individuals overcome stage fright, reading and speech impediments as well as become self-assured after accomplishing something as great, wonderful and magical as a play.

To me, Theatre means an escape or break from "life", a safe space where people can explore what it means to be human and a place where individuals can be a part of something wonderful.

Through the years, I have had many inspiring Theatre experiences. I have built a drama club in an all-girls' school in India, I have worked as a director with blind actors, I have seen actors overcome with joy because they "didn't fail" and had someone who believed in them. I have seen a room brought to tears because a 12-year-old girl (who found a love for herself through drama and music) stated "she didn't want to die anymore". I would say my most inspiring life experience has BEEN theatre.

When I direct or produce theatre, I create comedies with real and believable characters because it feels good to laugh. I create a space that is supportive, all-accepting and trusting between the cast & crew.  Sometimes as an audience member, we don't want to think or rack our brains for references and we just want to sit back, relax and laugh.

When I am performing as an actor, I try to create a character that has had their own experiences and that the audience can relate to in some way. I also try to find something in each character I portray that explores a specific part of myself.

When I am teaching a workshop (Culture Days, Concordia College or Artistically Speaking Out Against Bullying), I try to inspire my students to challenge themselves and their comfort zones. It is magical to see someone, who thinks they cannot do something, work towards it then finally do it. A sense of accomplishment is one of the greatest gifts one can give to a child or adult who has self-doubt and I can do this all the time through theatre.

My general philosophy on theatre is this: Theatre is not a hobby, it is a way of life and if we can teach individuals how to be supportive and accepting of each other on a stage - maybe we can teach the world to so the same.

I will end by saying that though theatre can teach people many things - it cannot teach people passion and it is Passion that I have. I have been told that I eat, breathe and sleep theatre and that I may be on the borderline of "obsessed". Theatre can do so much ~ let me show you what I can do with theatre.