Respect for Acting...AND your fellow Actors 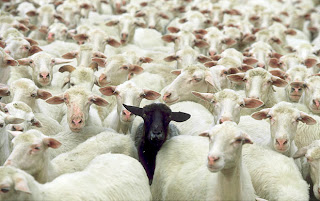 Actors involved with Community Theatre are usually involved as a volunteer and are offering their time, experience and abilities as such for free. Having said this, one would assume that anyone and everyone who is involved as an actor would be doing it for the passion and love of acting.  How is it then that so many actors quit, don't show up to rehearsals, arrive late and don't apologize to their director and fellow actors when they have inconvenienced them all?

I must admit that I do not honestly know how professional theatre is run or what the expectations are of their paid actors.  I do however know that they expect their actors to show-up or they will be replaced by someone else.  In Community Theatre, actors cannot always be simply replaced because of time restrictions, deadlines, etc.  Most directors will choose to continue working with someone who continuously arrives late to rehearsals or isn't learning their lines or doing their homework because it's easier or because there's only a few rehearsals left before opening night. I am NOT one of those directors.
I am appalled and infuriated when an actor in MY show decides to simply "not come" to rehearsal.  I consider myself an understanding individual however, I cannot understand how an actor can NOT show up for a rehearsal, NOT call me to inform me that they won't be there AND NOT apologize to their fellow actors for not being there! The whole purpose of rehearsals is to become familiar and comfortable with your fellow actors so that when it comes to show time - you've got each others' backs.  A rehearsal cannot proceed when only half of a cast shows up.  The actors that DO show up cannot rehearse and practice acting and reacting to someone who is not there.  These missing actors are not just letting their director down - they are letting the entire production down.
People who know me as an actor or director know that I'm always saying "don't shoot yourself in the foot".  I cannot seem to say it enough and still, the meaning is lost on people.  What I mean by this is simple - if you don't do the work, if you don't show up, if you let down a single director, if you abandon your fellow actors in a single production, people WILL NOT work with you again.  Theatre is a close community (here in London, Ontario) and everyone quickly gets to know of and about EVERYONE.  If you have one actor or one director who won't work with you again, you can bet your life that they will convince someone else not to work with you as well.
I understand that things come up with work and personal life and, sometimes, an actor won't be able to make it to rehearsal or make it on time.  THIS is why each actor is given a contact sheet at the onset of rehearsals so that they can give the director or stage manager a call and inform them of the situation.  By not calling, you are disrespecting your director and your fellow actors who are depending on your being there.
In Community and Alternative Theatre, the most important thing you can bring to a production as an actor is your dependability. NOT your acting ability. People can be taught and trained on how to express emotions, feelings and thoughts - they CANNOT be trained to show up.
As an actor in Theatre, whether it be professional or amateur, you WILL gain a reputation.
The type of reputation you acquire - is YOUR choice.
Posted by Unknown at 08:20

Email ThisBlogThis!Share to TwitterShare to FacebookShare to Pinterest
Labels: black book, dependable actors, don't shoot yourself in the foot, infuriating, never work with again, on time, rehearsals, reputation, respect for, respect for acting, responsibility as an actor