Producing a Play? Read the script! Be Prepared & Keep an Open Mind! 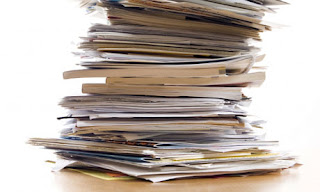 There are no excuses for having a set without a window when there's a line in the script, "Get away from that window!".  There is no reason why a character should be wearing pants if another character comments on her skirt.  I do not understand how a props person can fail to add a coffee cup to the props' list when an actor is supposed to throw one!  I understand that mistakes happen but I am not talking about mistakes or the ONE night someone forgot something.  I am referring to the lack of commitment to take the time to read, re-read and get to know a script inside and out before mounting the show.

Many professionals plan their theatre season ahead of time by choosing the script and holding auditions ahead of time for all the shows they intend to put up.  Along with this selection process comes the reading of scripts and analyzing the details.  I do not own a theatre or have a board of directors. I do it just for fun but I still have to respect the playwright in anything I produce and do the same amount of preparatory work as "the big guys".

After selecting a script which interests me, and before holding auditions, I do three things:
First, I purchase a journal which I will use for the sole purpose of writing ideas, putting down questions, drawing costumes or set concepts and recording the notes I give my actors once rehearsals begin.
Secondly, I contact the theatre where I intend to mount the show and work out an opening date and start making the payments for the rights, the scripts and the stage rental.  This ensures a reserved spot for me in their busy schedule and also gives me as much time as possible in advance to make small payments towards the (otherwise "hard to swallow") amount due.
Lastly, I read the script again and again until I have a good feeling of the set & cast requirements...or until I get a headache.  Then I put the script down, sleep on it, dream about costumes, cast, set, sounds, pauses, mannerisms, music, timing and whatever pops into my head. The next day, as soon as I have a moment free, I read it again and this is what my life looks like until I hold auditions.

The best and most important part about preparing to produce a play (in my opinion) is knowing your script and the playwright's intentions AND keeping an open mind.  Once auditions start, the live actors will sound differently than the ones who have been in your head for the past several months.  Once rehearsals begin, actors will move, converse and interact differently than you had dreamed and it is important to stay open to their input and ideas.  As a director, you may have had a script on your brain and in your dreams for months but in a rehearsal, it is the actors who are living and breathing as the character you've placed them in and it is the actors who will blow YOUR mind...if you give them room to do so.
Posted by Unknown at 07:23