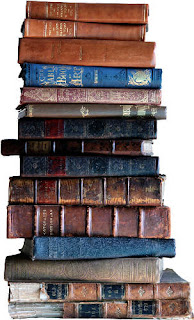 I love old scripts! I love the way they smell like "comfort" and "hard work" at the same time. I love how they feel beneath my fingertips like tissue paper that may fall apart if I turn the pages with too much excitement. A used bookstore, which carries used stage scripts, is my comfort place and safe zone. If the selections were any larger and the aisles any longer - I could get lost for hours and take enough books home with me to push me over the edge into bankruptcy. I am obsessed with these hidden, lost and forgotten treasures.  What is truly a special treat is when I find a hidden treasure inside one of the scripts like a signature, an old program for a production, an actor's notes or contact information.

Today, on my lunch break from work, I found myself walking towards the local bookstore where I purchase my scripts every time I get my pay cheque. As I enter the store the man behind the register waves to me and gives me a smile. He recognizes me but he doesn't know my name.  I b-line it right to the aisle second from the last near the back of the store.  First, I stand tall and skim the top shelf. Second, I slowly bend over so that I am completely at a 90 degree angle from the waist AND THEN, by the time I reach the second last shelf, I am on the floor sitting cross-legged...in a dress.  I didn't fully realize just how much I adore reading these pieces of art and skimming the shelves until I found myself sitting on the floor in a dress. Oops!

When I finally left and returned to work, I had spent almost $40 and was almost 40 minutes LATE coming back from break.  Thankfully, my current projects at work are theatre-related and THUS this trip to my favourite special place was (in fact) all in the name of research and preparation. It's better than my last trip there which cost me $46 ;)